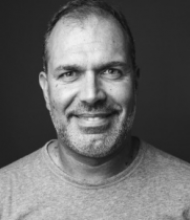 Field operative, experienced in counter-surveillance and counter-intelligence, was also Risk Manager of several international projects mostly in Africa and in the Middle East. Former Commander of a Covert Unit, mostly deployed in Africa and Middle East during end of 90´s till 2012. His background is in Finance and Economics. He's an expert in cyber warfare.