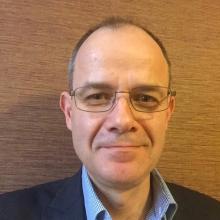 Gordon Morrison is Director for EMEA Government Relations at Splunk, which was founded to pursue a disruptive new vision: make machine data accessible, usable and valuable to everyone.

Gordon spent the early part of his career as an engineer and scientist in the UK Ministry of Defence but subsequently worked in technical and senior management roles in the UK tech industry, mainly on National Security, Cyber and Defence programmes. Most recently, he was a Director at the UK Trade Association for technology – techUK and spent two years with McAfee UK as Director of Government Relations.